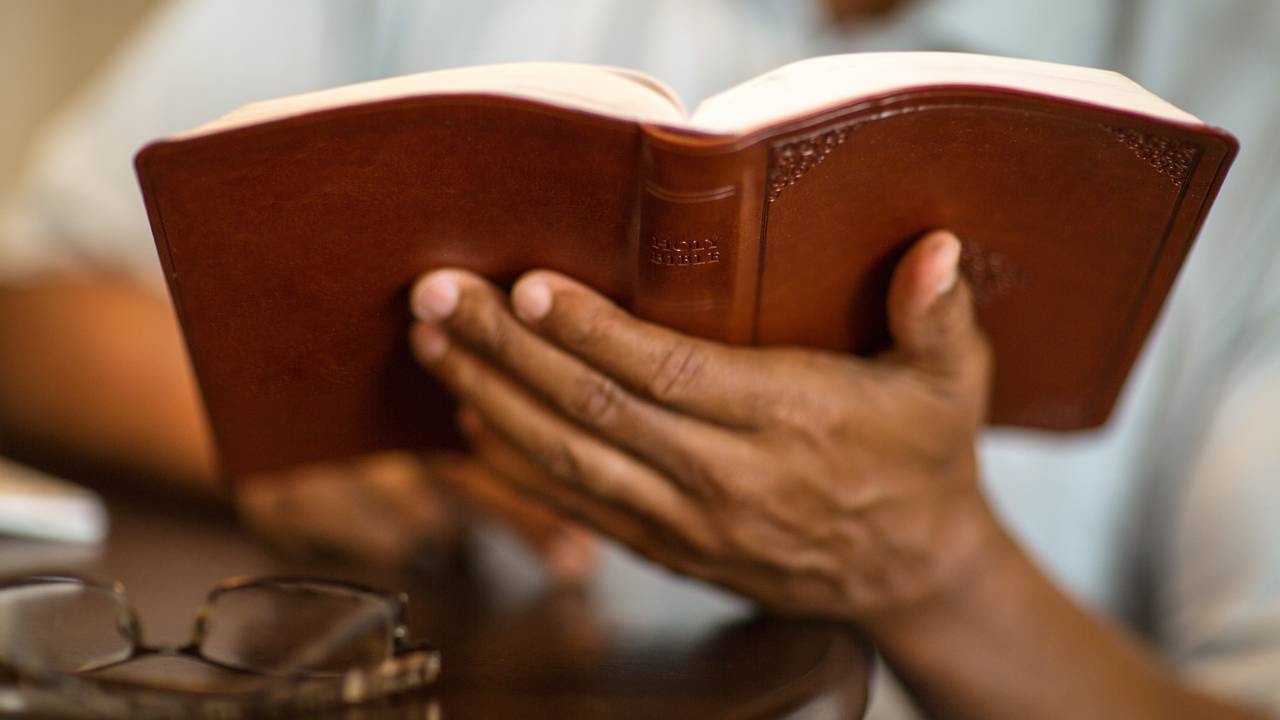 Develop a Christ Centered Mindset in Your Marriage

But now you must put them all away: anger, wrath, malice, slander, and obscene talk from your mouth. Colossians 3:8

The first time I came to know of the police being called, a bottle had been thrown, there was a hole in the wall, and he needed a few stitches. That was the first time. There were many more times, surely some that I don’t even know about. Their marriage was probably the most difficult I’ve ever worked with. He struggled with alcoholism, and she struggled with anger. They fed off of each other. It was like their every interaction led to more escalated reactions. She felt that the more reasons he gave her to be angry, the more her anger flashed. He felt the more she raged, the more he drank, which fueled more anger, which led to more drinking. Neither was willing to get help for his or her personal struggles. So I agreed to continue to meet with them for what turned out to be more than two years. At a certain point, however, actually pretty early on, I felt like everyone’s time was being wasted. They didn’t seem to be listening to a word I was saying and seemed to be listening even less to what the Lord was saying (LOL). The more Jesus I shared with them the more he drank and the more she raged, about everything. I’m an extremely optimistic guy; I don’t believe in bad days and I believe that at any moment God can change everything. But this time, I just didn’t see any hope, and I was worried that this was going to take a tragic turn. Sometimes, in our meetings, I could do nothing more than look at them and hope none of us would get hurt!

But together, we persevered. We prayed, we sought God, we fasted, we studied God’s Word, and He delivered them. It’s like the stories parents tell of their kids skipping the whole crawling stage, where they say: “They just stood up one day and walked.” Well, that’s how God turned this marriage around. One time, we met and it was as boisterous as usual. Then the next time, they were different, and God had stepped in. It happened so fast that I didn’t believe it for the first few months. But it’s real; Christ stepped into their marriage more than 10 years ago, and today they are a loving, stable couple. For sure, challenges still flare up, but now she allows Christ to manage her anger and he continually surrenders his drinking to Christ.

Every time I run into them I’m encouraged and reminded of the enormity of God’s power. I consider it a blessing to have been able to watch God take these two deeply flawed people with childhood hurts and grown-up weaknesses and make peace happen between them. There was no magic wand that was waved along the way. There were no overpromises of “happily ever after” that were given. Instead, behind the scene, the message and hope of Christ kept chipping away at their hearts until they burst open and accepted Christ as the Savior - of their marriage. Above all human credit, the Spirit of the Living God grabbed hold of two broken hearts and brought them together by His power.

From cocaine addiction, to gambling, to infidelity, to stubborn personalities, to parenting differences, and every other issue that can inhabit the human heart, God has the power to turn it around and therefore change the story of a marriage.

Four Keys to a Christ-Centered Mindset

Since then you have been raised with Christ, set your hearts on things above, where Christ is seated at the right hand of God. Set your minds on things above, not on earthly things. For you died, and your life is now hidden with Christ in God. When Christ, who is your life, appears, then you also will appear with him in glory.

In these first four verses of Colossians 3 we learn of four specific areas of our relationship with Christ that we are to develop.

1. Recognize the Resurrection: Since then you have been raised with Christ …

Within the fact that Christ was crucified on a cross on a Friday and rose from the dead on a Sunday morning lies the strength now available to and at work in Christians. Perhaps on some intellectual level many Christians know or at least have heard of the resurrection of Christ. Beyond simply knowing about the resurrection or acknowledging that it happened, however, Paul connects the power of Christ’s resurrection from the dead with the Christian life, now. Christ was dead for three days and then He wasn’t. What greater proof of His power could ever be offered? Your personal faith in Christ who was raised from the dead is the power available in your Christian marriage. The power and capacity of Christ can resurrect your hope in your marriage.

Everything that Paul said about the radical transformation of the Christian life rests on recognizing the power of the resurrection presently available and at work. In 1 Corinthians 15, this same Paul clarifies that the resurrection of Christ is so central to our faith that if it didn’t happen then our faith is in vain. Also, in Romans 8, Paul rhetorically asked while also stating plainly:

There is no question that the dynamics between you and your spouse are complicated. The answer to those questions, are found in you connecting to the truth of the resurrection of Christ, at work in you.  If Christ’s resurrection is a hazy matter for you, then begin to ask God for clarity, right now, in prayer. Be simple, with something to the affect of:  “Lord, help me to understand the power of your resurrection at work in my life, please Lord...” Our growing recognition of Christ’s resurrection from the dead is the foundation by which we address anger within us. Listen, if God, who joined the two of you,  could rise from the dead, then what is not possible for your marriage?

So now, by building on the truth that Christ’s resurrection resurrects us to a new life in Christ, we then reset the setting of our heart’s affection from here on earth to Christ in heaven. Put that in the context of your marriage. Hearts and minds set on Christ gain the power to love their spouse here on earth, differently. If our mind is set on Christ, we will see life and love according to Christ’s perspective and not according to our own often faulty, earthly perspective. It’s so easy to sit down with a friend over a cup of coffee and let them tell you, “Girl, I wouldn’t put up with that” or “Bro, I wouldn’t let my wife talk to me like that.” Our friends are well intentioned, but our perspective must become centered on Christ. So while the details of our marriage may not make sense to anyone else, the truth is we live here and now on earth but our mind should always be “set” on Christ, who is in heaven. In another letter that Paul wrote, he explained it this way: For who has understood the mind of the Lord so as to instruct him?” But we have the mind of Christ. So then, this mind set on Christ is constantly engaged in seeking Christ’s greater insight and understanding. This comes from ongoing study of Christ and seeking to see your husband or wife from Christ’s perspective and with His love.

For you have died, and your life is hidden with Christ in God. When Christ who is your life appears, then you also will appear with Him in glory.

With the power of resurrection and our mind reset with a heavenly perspective, our life — all of it — has to now be lived in and defined by our relationship with Christ. What more significant words can we find than these: You have died, and your life is hidden with Christ in God. Wow! Our coming to faith in Christ was a death to our old selves/ways and a coming alive to who we now truly are in God! I know there can sometimes be some resistance to verses like this one. I get it. They’re what I call “all-in” verses. And we like to be in control of our lives. However, what Paul is saying is that who we were before Christ is not who we are now in Christ. In our ever-growing relationship with Christ, He is reshaping us so we’ll become more and more like Him. Such an assertive statement like Paul’s leads us to a personal question. When Paul says, “You have died, and your life is hidden with Christ in God,” we need to ask ourselves, “Is that true of me? Beyond my church activities, am I allowing Him to continue to reshape me?” Have you died to yourself, and is Christ now your life? Recognition. Mindset reset. Reshaping by Christ. These are the precursors to developing a Christ-centered mindset in your life and marriage.

Put to death, therefore, whatever belongs to your earthly nature: sexual immorality, impurity, lust, evil desires and greed, which is idolatry. Because of these, the wrath of God is coming. Colossians 3:5-6

As we grow in identifying our life with that of Christ, we need to die to our old selves and its practices. This is a common theme of Paul’s writings, and he understood that as Christians, we should root out these behaviors, which include anger, from our life.

In these you too once walked, when you were living in them. But now you must put them all away: anger, wrath, malice, slander, and obscene talk from your mouth. Do not lie to one another, seeing that you have put off the old self with its practices and have put on the new self, which is being renewed in knowledge after the image of its creator. Here there is not Greek and Jew, circumcised and uncircumcised, barbarian, Scythian, slave, free; but Christ is all, and in all. Colossians 3:7-11

Looking at these two lists, we just might be personally familiar with many of these items. I will keep it to myself how many times I am on these lists (LOL). Whether it is one or many, Paul instructs us to “put them all away.” That’s our responsibility. While this is not a marriage specific passage, because our negative emotions impacts each of us, it then also carries major implications for our marriage relationship. So then as you look at the 4R’s, how would your marriage relationship change if you adopted the 4R’s of a Christ Centered Mindset in your approach to your marriage?

This is an excerpt (modification) from my book: Angrily Ever After: When the Fairytale Ends and Marriage Gets Real. Now available on Amazon or on the elevateyourmarriage.com website 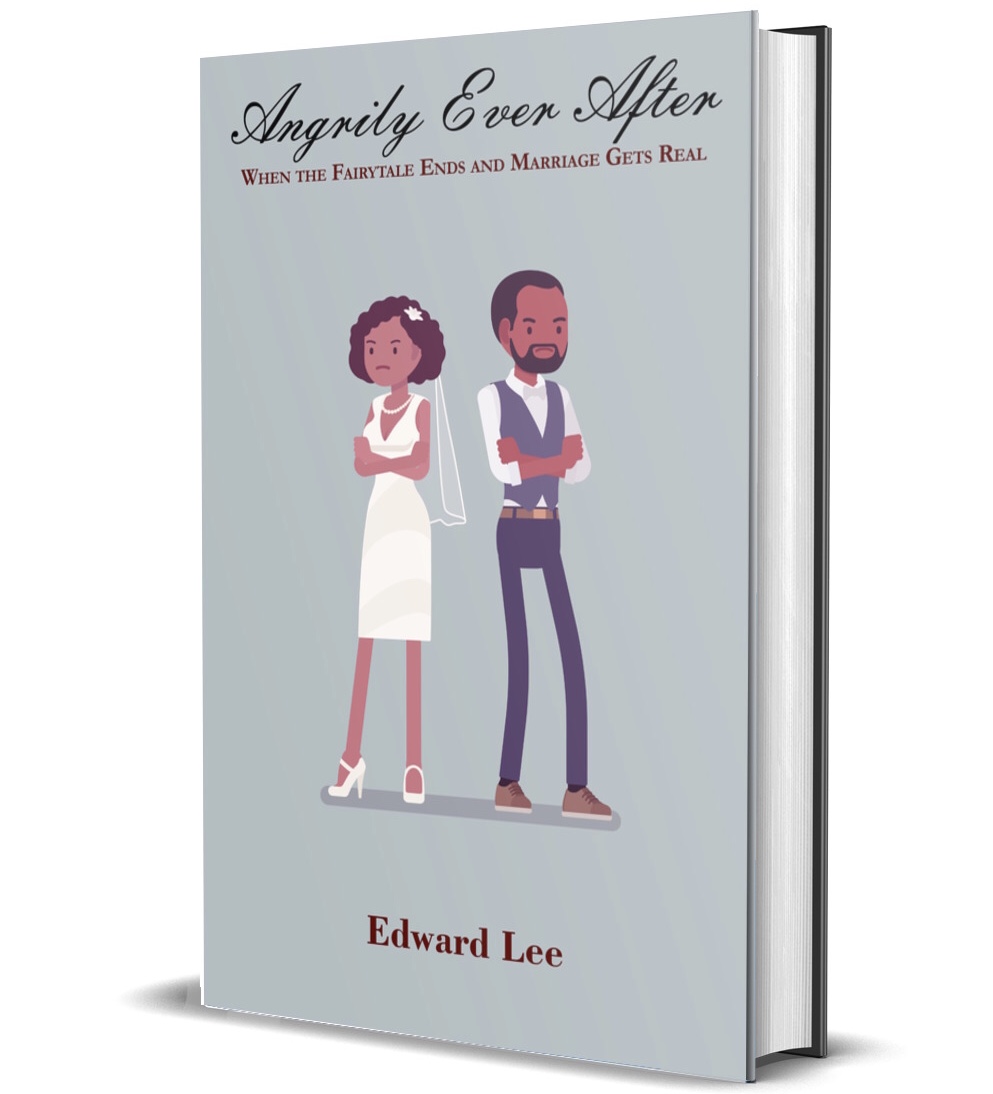 Stay connected with news and updates!

Join our mailing list to receive the latest news and updates from our team.Don't worry, your information will not be shared.

We hate SPAM. We will never email you without a reason and we will never sell your information, for any reason.

Take control of your finances with this free 4-step guide.